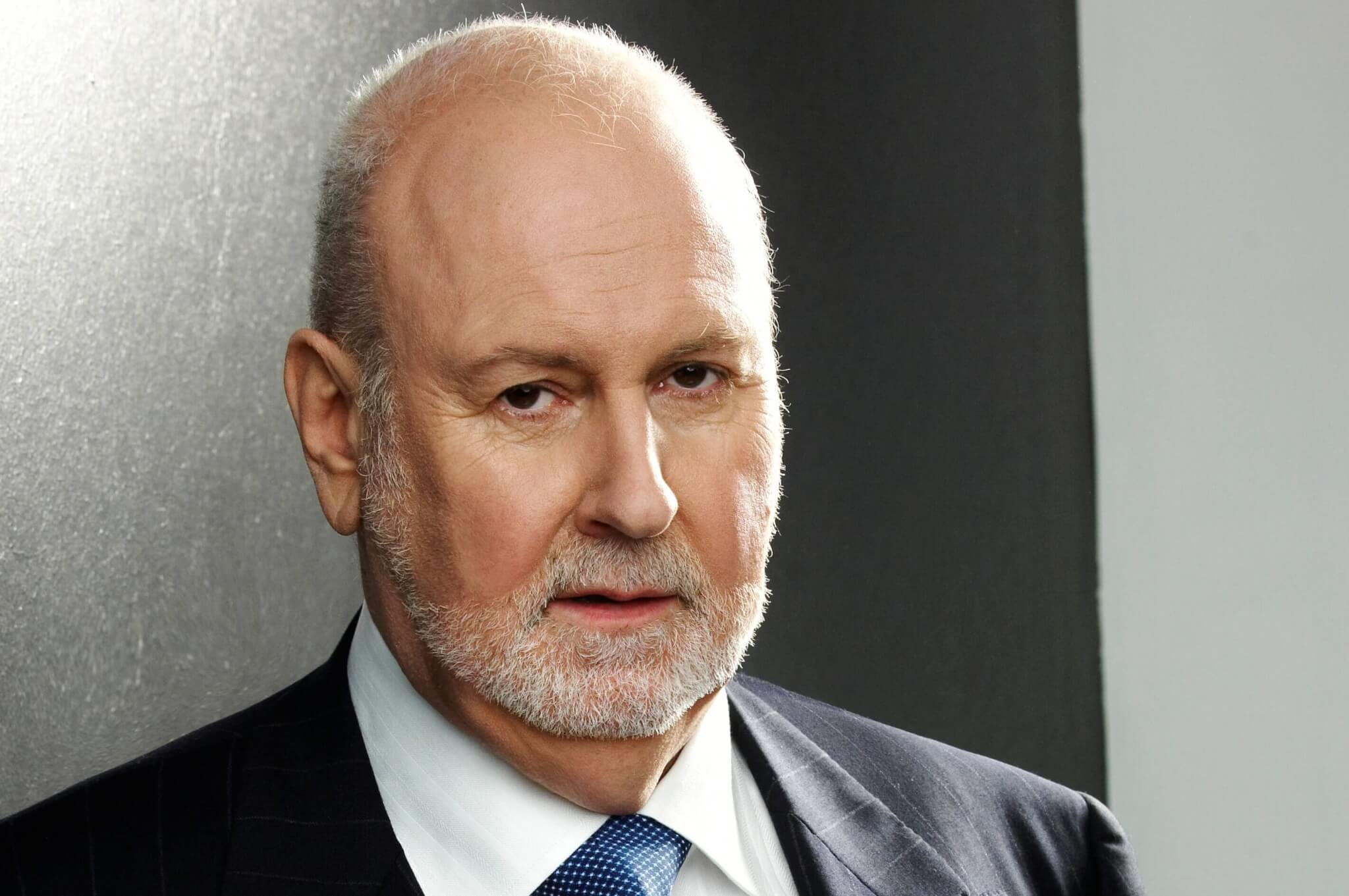 In two high profile cases, the Supreme Court referred questions to the EFTA Court which had already been ruled upon by the EFTA Court during my presidency (which lasted from 2003 to 2017), according to mr. Baudenbacher. One case, which is still pending, concerns the derived right of residence of a non-EEA national in an EEA national’s home state. The other case concerns procurement law.

People receiving welfare benefits who spent time abroad were unlawfully prosecuted and some were even sentenced to imprisonment. In one case, the Supreme Court confirmed the custodial sentence of an innocent citizen after having refused to listen to EEA law arguments (HR-2017-560-A, judgment of 15 March 2017; see https://www.vg.no/nyheter/innenriks/i/QoXwpR/john-christian-elden-tok-opp-nav-feil-med-hoeyesterett-i-2017-ble-ikke-hoert).

“Room for manoeuvre” must be seen in a broader context. It can only be fully exploited if cases are dealt without the interference of the EFTA Court, which means in domestic courts. RA has thus from the outset called on Norwegian courts not to refer cases to the EFTA Court for a preliminary ruling. If, despite this, references were made, Norwegian courts were required in politically sensitive cases to refuse to follow the EFTA Court’s ruling (Carl Baudenbacher, Judicial Independence. Memoirs of a European Judge, Springer 2019, Chapters 8 and 24).

After my resignation from the EFTA Court one and a half years ago, even a policy of judicial revisionism was introduced in Norway. In two high profile cases, the Supreme Court referred questions to the EFTA Court which had already been ruled upon by the EFTA Court during my presidency (which lasted from 2003 to 2017).  One case, which is still pending, concerns the derived right of residence of a non-EEA national in an EEA national’s home state (https://eftacourt.int/wp-content/uploads/2019/01/28_15_Judgment_EN_rectified.pdf; https://eftacourt.int/download/4-19-notification/?wpdmdl=6217).

The other case concerns procurement law. In its opinion in Case E-16/16 Fosen of 31 October 2017 (https://eftacourt.int/download/16-16-judgment/?wpdmdl=1271), the EFTA Court held that under the so-called Remedies Directive (Directive 89/665/EEC), a simple breach of European public procurement law may in itself be sufficient to trigger the damages liability of a contracting authority. It was clear that this included damages for lost profit (the positive contract interest). The Court rejected the idea that the State liability rules would apply in such a case. Therefore, no “sufficiently serious breach” is required to trigger liability. Indeed, the State cannot be privileged when it participates in business life solely because it is the State. The European Commission had in essence taken the same view in its submissions. The Fosen opinion provides a solution that achieves a fair result and the optimal handling of scarce resources. As was clearly shown in the 2008 financial crisis (and in earlier financial crisis), moral hazard always arises when there is no incentive to guard against risk because one is protected from its consequences (see Doris Baudenbacher-Tandler, Schutz vor neuen Anlegerrisiken, St. Gallen/Berlin 1988; Case E-16/11 ESA v Iceland [“Icesave”], paragraph 167, https://eftacourt.int/download/16-11-judgment/?wpdmdl=1260: https://www.theguardian.com/business/blog/2013/jan/28/icesave-ruling-moral-hazard-questions). The EFTA Court’s approach avoids moral hazard. And importantly for practitioners: the ruling created a clear situation and thus legal certainty.

However, RA didn’t like the Fosen I ruling because it took away the “room for manoeuvre” which the Norwegian State had at its disposal so far. According to the Nucleus case law of the Norwegian Supreme Court, damages for the positive contract interest (lost profit) could only be awarded if there was a material breach (Rt. 2001 p. 1062). Material is a synonym of sufficiently serious. It was the standard used in State liability cases. Experience shows that such a condition gives the state a considerable “room for manoeuvre”. This includes the possibility to discriminate against foreigners without having to fear grave consequences.

All sorts of offences

Of the judges who had sat in Fosen I, only the Norwegian Per Christiansen remained in April 2018. In autumn of that year, he flew from Luxembourg to Oslo and, in breach of his judicial oath to preserve the secrecy of the deliberations, invited the Supreme Court to re-submit the case in view of the new composition of the EFTA Court (https://www.vg.no/nyheter/innenriks/i/0nWKL0/efta-dommer-diskuterte-omstridt-sak-med-hoeyesterett-kan-ha-gjort-seg-inhabil). This happened. The new Icelandic President of the EFTA Court then had the wisdom to set out his views on the second Fosen case in a newsletter. He was therefore biased. The composition of the Court was manipulated and the motion of bias of Fosen‘s lawyers was rejected in a secret order without statement of reasons (https://www.anbud365.no/regelverk/fosen-linje-saken-antydninger-om-inhabilitet-mot-efta-domstolens-president-tilbakevises-uten-naermere-begrunnelse/).

An invalid opinion in Fosen II

On 1 August 2019, the EFTA Court, with a new composition, issued an opinion that opted for a State liability approach and that thus intended to give back the “room for manoeuvre” to the Norwegian State (https://eftacourt.int/download/7-18-judgment/?wpdmdl=6235). The verdict is underwhelming in all respects. Indeed, due to the circumstances described, it must be qualified as invalid. The Commission had urged the EFTA Court to stick to Fosen I because were the Court to go for the State liability standard, this would cause moral hazard. The result, the Commission said, would be increased sloppy procurement procedures by contracting authorities, adding that even now, contracting authorities were frequently in breach of European rules. Yet this crucial statement is oppressed in Fosen II. We all know what a vital role the Commission plays in the operation of the EEA. The Commission has so far taken a favourable approach towards the EEA Agreement. Whether such gimmicks are positive for the proper functioning of that complex treaty is doubtful.

On 27 September 2019, the Norwegian Supreme Court rendered its judgment in the Fosen matter (HR-2019-1801-A). No motion of bias had been made. The result is, on the one hand, that the Norwegian State has regained its hot-sought-after “room for manoeuvre”. The judgment awarded damages for the negative contract interest (the bidding costs), but not for the positive interest. On the other hand, there seems to be a total lack of legal certainty (https://www.wiersholm.no/nyhetsbrev/fosen-linjen-saken-hoyesterett-har-konkludert).

What happened in Fosen has only one positive aspect: Law teachers have a textbook example of how the protagonists of a leading Western European constitutional state and the judges of a so far respected European court must not behave. That the whole charade could have happened in front of the public without anybody protesting (with the exception of Prof. Dr. Dr. Mads Andenæs) is beyond belief. Has it ever been heard that a European court, at the behest of a government, with all the bad tricks – breach of the oath by a European judge, manipulation of the composition of the bench, rejection of motions of bias in secret orders without statement of reasons, etc. – is induced to overrule a well-founded opinion within one and a half years in a poorly reasoned opinion and to undermine itself?

In view of the praise of the state liability standard by RA, it should finally not be forgotten that the Norwegian State massively (albeit unsuccessfully) fought the recognition of EEA State liability in 1998 in Case E-9/97 Sveinbjörnsdóttir. A few years later, the Norwegian State in Case E-4/01 Karlsson in no unclear words urged the EFTA Court to overrule Sveinbjörnsdóttir, again without success. And in 2005 in the second Finanger case, the State unsuccessfully claimed that EEA State liability had to be more government-friendly than EU State liability (Carl Baudenbacher, Judicial Independence. Memoirs of a European Judge, Springer 2019, Chapter 10, 3.).

Fruit of the poisonous tree

All RA’s office had to say on this was: “The state is well pleased with the decision of the EFTA Court. It is important that the court establishes that the general principles of liability under EEA law also apply in public tender cases, and that EEA law thus does not impose objective responsibility for lost profits.” (https://rett24.no/articles/efta-domstolen-snur-i-fosen-saken.) Two remarks: First, this is just a petitio principii: What is to be proved has already been assumed in the premises. Second, I have always thought that RA is bound by the rule of law. To benefit from infringements of the Statute of the EFTA Court and of fundamental rights is not compatible with this. Even though “room for manoeuvre” is obviously extremely important to RA, the end does not justify all means. In the figurative sense RA has enjoyed fruits of the poisonous tree. (This metaphor comes from U.S. Justice Felix Frankfurter; Nardone v. United States, 308 U.S. 338 (1939).

Both the NVA scandal and the Fosen scandal show that the dogma that in every case the alleged “room for manoeuvre” should be exploited in favour of the Norwegian State (which mostly means at the expense of citizens and economic operators) must be given up.  This maxim doesn’t exist in any other EEA Contracting Party, not in EFTA and not in the EU. It amounts to a chauvinistic “Norway First” policy and is incompatible with the principle of good faith in international law. In fact, Mads Andenæs has criticised Sejersted’s approach over the last decade. Professor Eirik Bjorge and Andreas Motzfeldt Kravik, today a high ranking Norwegian diplomat, also spoke up. They all pointed out that the proposed “minimum implementation” to secure “maximum room of manoeuvre” will entail systematic violations of the law and of individual rights (https://www.vg.no/nyheter/meninger/i/AdBJOE/nav-skandalen-et-resultat-av-20-aars-motstand-mot-eoes-esa-og-efta-domstolen). In the context of the NAV scandal, Professor Ingunn Ikdahl joined the critics of Sejersted’s resistence to the law “in order to protect national solutions that the political majority wishes to maintain” (https://rett24.no/articles/nav-skandalen-kan-ga-lenger-tilbake-enn-2012). Finally, Professor Hans Petter Graver, the President of the Norwegian Academy of Sciences, has recently warned against an undifferentiated use of “room for manoeuvre” (https://morgenbladet.no/ideer/2019/11/rettsstatens-kriseberedskap).

The Fosen charade was instigated by two professors who, in a targeted paper that cited selectively and therefore did not meet scientific standards, falsely claimed that the EFTA Court’s first Fosen opinion of 31 October 2017 contained errors (https://www.anbud365.no/regelverk/fosen-is-about-public-procurement-law-but-also-about-the-integrity-of-the-eea-judicial-system/). They actively accompanied the course of events until the (Pyrrhic) victory of the Norwegian State. The one professor who fought like a lion for “room for manoeuvre” and closed his eyes to the scandalous circumstances is Finn Arnesen. Finn was a predecessor of Mr. Sejersted as the director of the Centre of European law at Oslo University. On 8 November 2019, he was appointed chairman of the committee to investigate the NAV scandal. Another member of the committee will be Karin Fløistad who in her study “The EEA Agreement in a Revised EU Framework for Welfare Services” (https://link.springer.com/book/10.1007/978-3-319-95043-3) has given a practical example of what the systematic application of “room for manoeuvre” is aiming at. The question poses itself: Will the same bias “rules” apply here that have recently been adopted by the EFTA Court and that were tacitly accepted by RA and the Norwegian Supreme Court in order to secure Norway’s “room for manoeuvre” in public procurement law? Or will it be the rules that are generally recognised in Western democracies